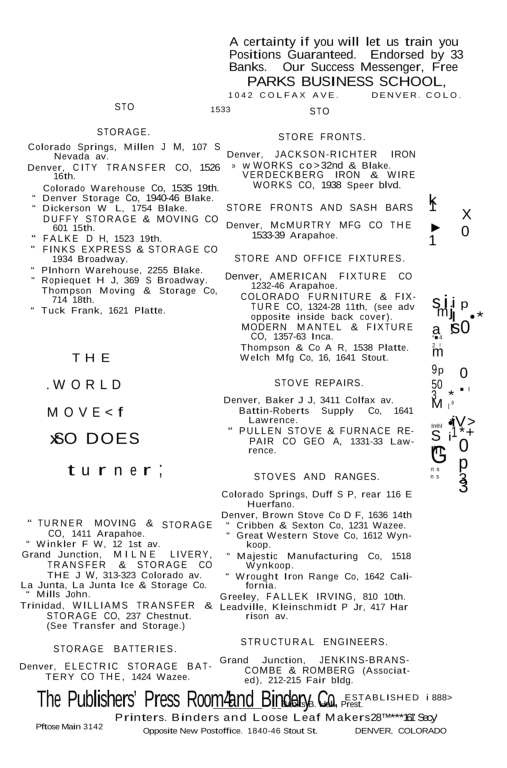 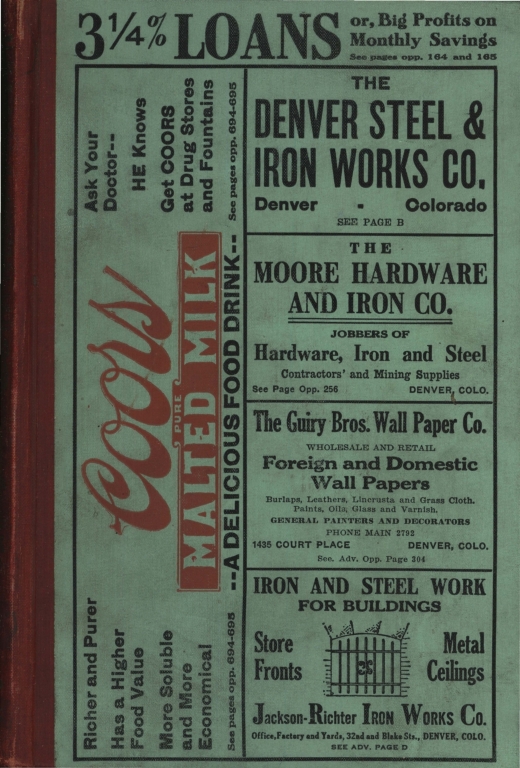 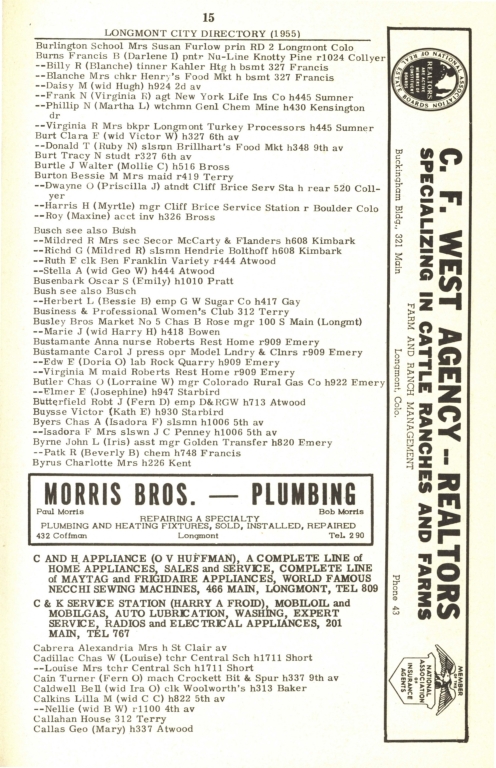 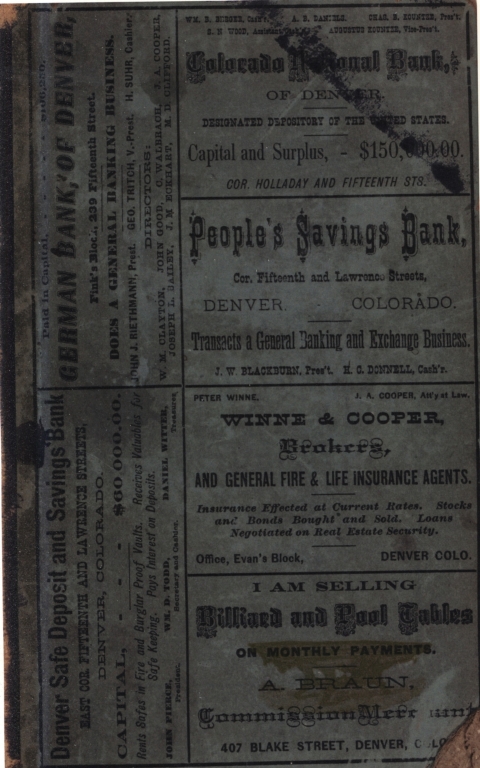 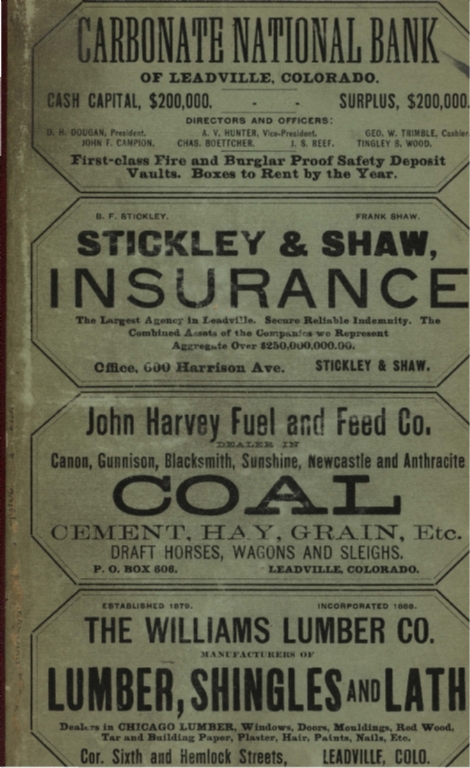 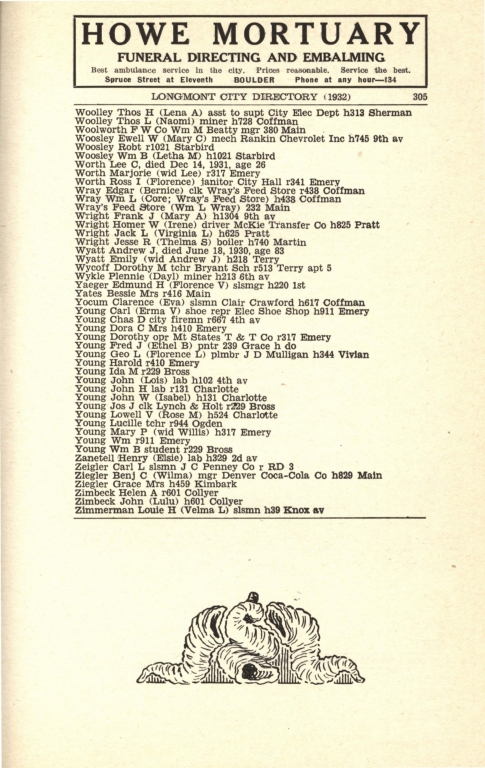 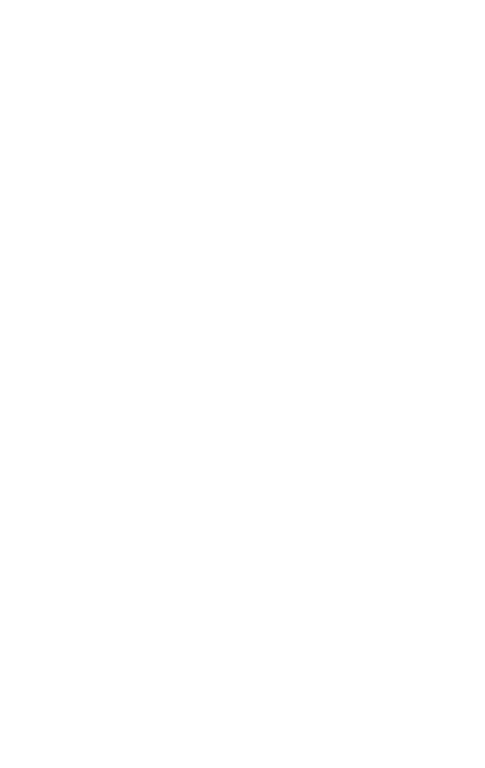 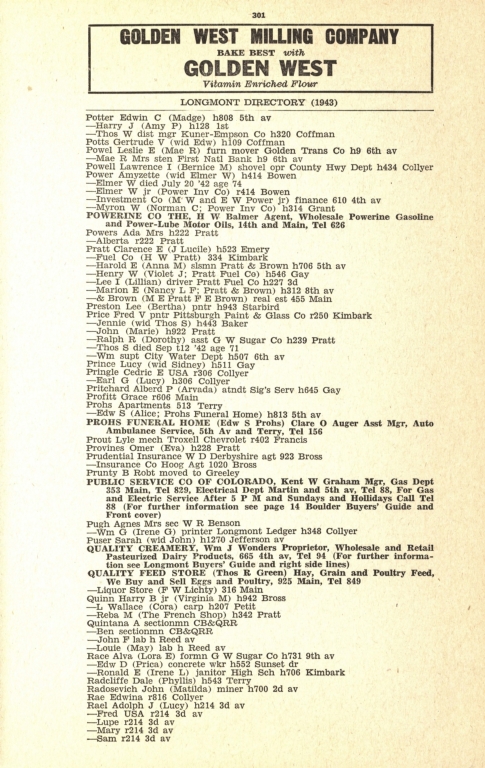 City and county directories were commercially published, individual and business directories prior to telephone books and the yellow pages. They were produced starting in the nineteenth century and continued late into the twentieth century. In Colorado, such directories began in the 1870s. Since they were often produced annually, especially in the case of larger towns and cities, they helpfully augment the federal manuscript census, which only appeared every decade. City and county directories entries typically show a name (sometimes spouse), occupation, business address, and residence. After 1910, there was sometimes a reverse directory by street address. There were often classified sections by business type, usually in the back; municipal information was usually in the front. By the mid-nineteenth century, telephone numbers had started to appear, along with indications of property ownership. A cross index of telephone numbers appeared later. Directories have been useful to social and ethnic historians, and to genealogists, for use in social mobility studies, locating and describing individuals, family and community reconstitution, creating occupational charts, and historic preservation. Currently this collection consists primarily of directories from Leadville, Colorado Springs, and Denver. The collection will continue to grow as new materials are added.