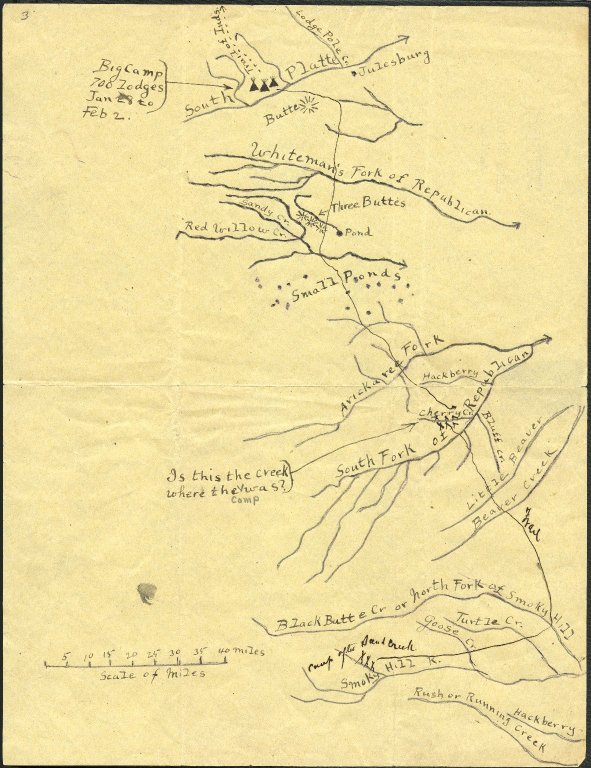 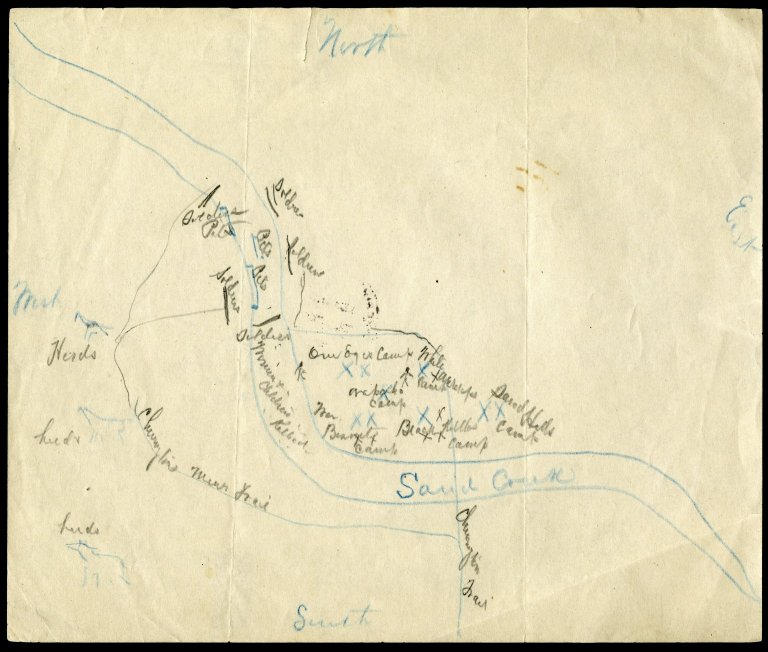 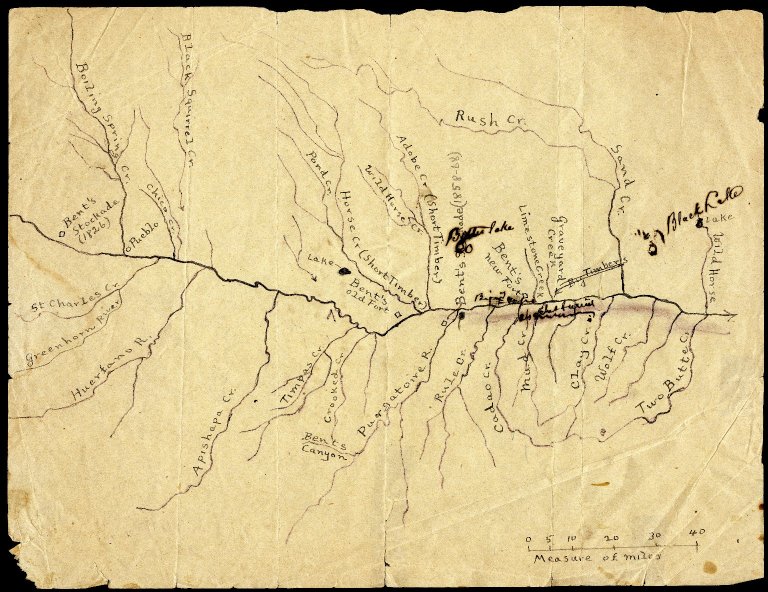 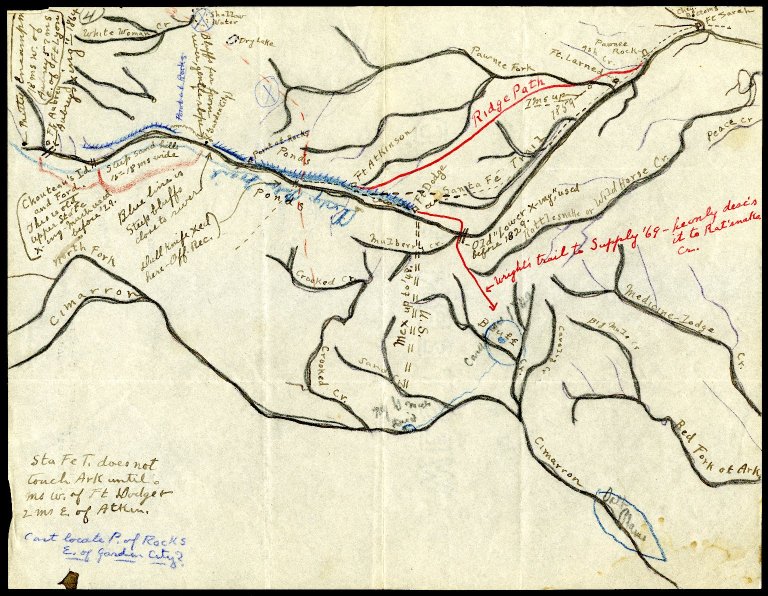 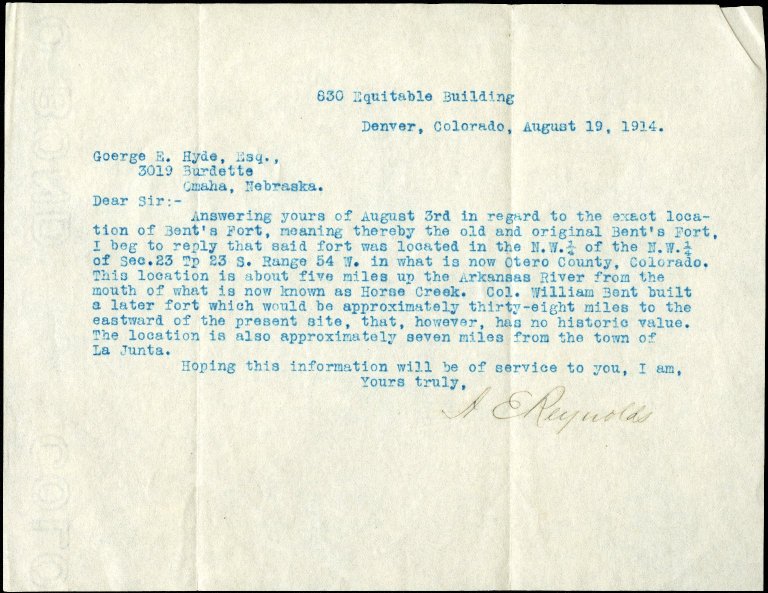 The Bent-Hyde Collection consists of original maps of Indian and military positions of such areas as Sand Creek, the Arkansas River, etc., and correspondence between George Bent and George Hyde. George Bent, born in Bent's Fort in 1843, the son of William Bent and his Cheyenne wife. As a witness of the Indian wars and conflicts in Colorado during the late 1800's, Bent became a mediator and translator for the Cheyenne. As a result, he became an interpreter for George Hyde, a well known historian and interpreter of Plains Indian life whom Bent assisted in documenting Indian life on the Plains before 1875. Bent and Hyde corresponded from 1905 until Bent's death in 1918.